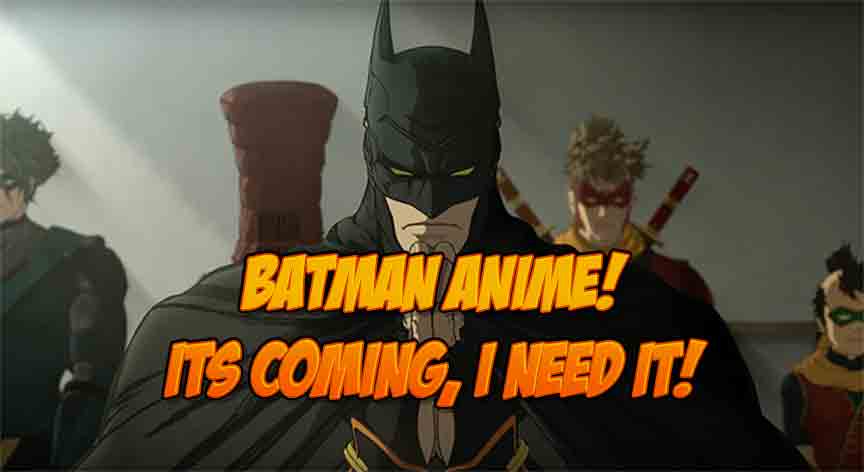 Batman has got to be one of the most popular superheroes of all time. As much as we like to watch in real characters, the much demanded super-hero character is taking a reincarnation in the form of anime movie soon.

The batman anime movie that has been much talked about is going into production of Warner Bros Production which is also one of the biggest producers in the world bringing the original Batman movie to life. With the feature of some of the best Japan talent, the official Batman anime movie is going to have a lot of Japanese anime characters with such precision that you shall love the action nevertheless.
There will be appearances of the Japanese version of characters like Gorilla Grodd, Deathstroke, Poison Ivy, The Red Hood, and even Robin and Night wing.

Warner Bros production in association with one of the giant producing houses of Japan has undertaken the work of producing the anime version of Batman which also features a lot of artists like Gurren Laggan and even the most popular Afro Samurai i.e. Samuel L Jackson. Incredible scenes, powerful scripts and end line which is going to amaze the viewers with all the action and thrill that shall take place – the film is under production currently and is known to be on the screens by 2018.

2018 which is already expected to be one of the game-changing years for the anime industry is bound to turn upside down with this venture which has brought the concept of not recreating the superhero into an anime movie but also creates a new storyline which is much different than the regular Batman movies that people usually see. The Japanese inspiration for the animation works like magic for the film and brings to life such amazing twist that is going to create a super addition to the already existing entertainment.

Rumour has it that this anime series is going to have a feature of the Dark Knight i.e. the Joker and by the end of the story, *SPOILER ALERT*, the Joker is set to turn into an acid monster. While the action and 3D effects are sure to gather viewers and their attention, the much-anticipated scene recreation shall take place with much more creativity.

The Batman fans can expect a thrill and lively batman movie but without the clichés and repeated scenes. This is going to be an original movie with a new storyline!